Picking up from where last year’s campaign ended, Aldi’s new advert opens with Kevin discovered as a snowman’s nose before being dislodged by the rumbling of an approaching train. Jumping aboard, Kevin discovers this isn’t just any train, but a luxurious sleeper complete with a dining car brimming with Aldi’s amazing Christmas feast.

In the distance Kevin spots Katie, and, for him at least, it’s love at first sight. But, he must once again brave the dangers facing any intrepid 3-inch adventurer: flying Aldi Veuve Monsigny Champagne Brut corks; precarious artisan cheese towers and a Specially Selected Exquisite Rumburgh Farm whole Turkey.

This year’s story has suspense, murder, romance and the most sumptuous food and drink, all in the most dramatic of settings reminiscent of classic films that customers everywhere will enjoy.

Adam Zavalis, Marketing Director at Aldi UK, said: “We launched Kevin last year with the line, heroes are grown, not born. And Kevin really did grow into our hero. Our customers took him to their hearts and enjoyed watching his escapades in the run up to Christmas.
“We just had to bring him back again this year to help showcase our latest show-stopping festive range. Let’s hope Katie the Carrot loves Kevin as much as we all do.”

As well as being the hero of the brand campaign, Kevin and Katie will also be the stars of 14 product oriented sub-campaigns running as 20 and 30 second TV executions as well as being delivered across digital, social, outdoor, press, cinema, radio, door drop and in-store.

The sell-out Plush Kevin The Carrot soft toy will also be returning, joined of course by Plush Katie The Carrot. The toys launch in stores from 23rd November for £2.99 in support of Aldi’s charity partner, Teenage Cancer Trust. 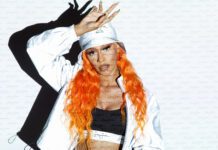 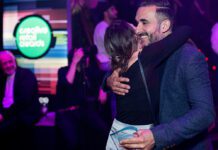 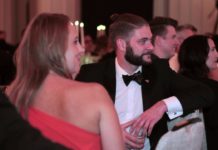