Shopping habits have “changed dramatically” a year on from the first empty shelves and shuttered high street stores, according to retail experts.

Helen Dickinson, chief executive of British Retail Consortium (BRC) trade body, told the PA news agency that the current retail environment feels “a world apart” from a year ago despite the continued impact of the Covid-19 pandemic on the UK.

“It all feels quite surreal now but on March 21 I was speaking as part one of the coronavirus briefing with George Eustice (the environment secretary) to make it clear we had enough food,” she said.

“It’s easy to forget the degree of uncertainty. A lot of retailers were closing before it was restricted and face masks weren’t even really a thing.

“Everything has changed dramatically.”

Non-essential stores around the UK remain shut in the face of lockdown measures, with the Prime Minister confirming last month that they will reopen on April 12 at the earliest.

Ms Dickinson said she was upbeat about demand from shoppers and believes that “many but not all” lockdown shopping habits will stick.

“I think a lot of people’s new habits will stick because plenty of shoppers will have done things in a new way and been pleased,” she said.

“But, in the short term at least, there will be really good demand to get out and go to shops because people have missed that connectivity, that first-hand experience.”

Retail analyst Richard Hyman shares this view and highlighted that the outlook continues to be uncertain a year after non-essential stores first shut their doors.

“No one really knows what will happen this year, just as no-one could predict that it will turn out like this,” he said.

“The economic support over the past year has made a huge impact on the position we are in – there are certainly fewer vacant shops than there might have been.

“I still think there are zombie businesses around and when support fades you will see even more changes to the high street.” 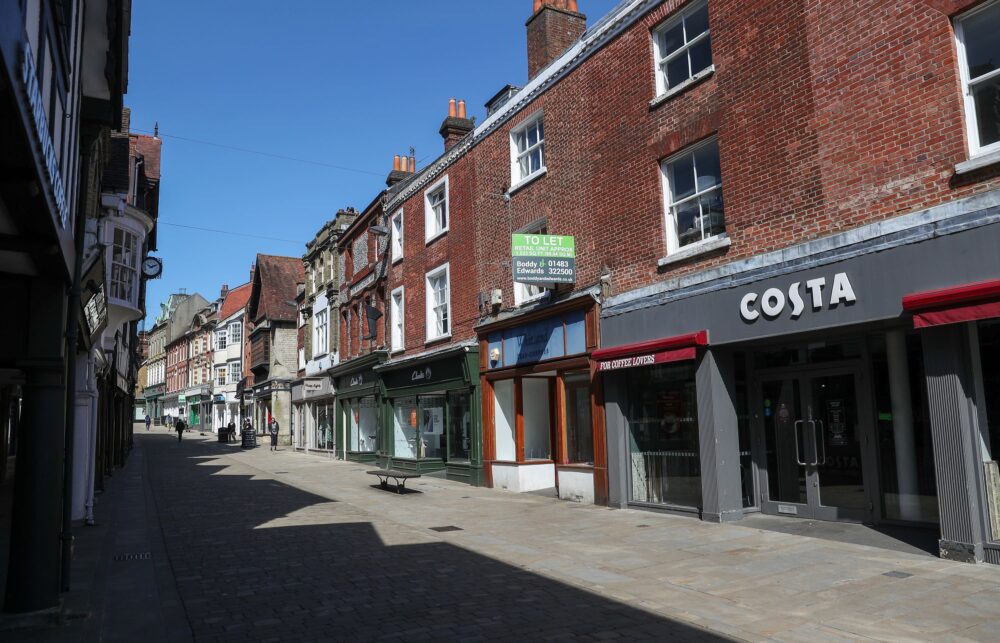 The lockdown has seen increased demand for online retailers with many high street competitors heavily impacted by enforced closures or lower footfall.

Sophie Michael, national head of retail and wholesale at accountancy giant BDO, told PA that online has seen “five years’ growth in one” but has not offset lost store sales.

“This trend, towards more people shopping online, was already happening but it has accelerated it dramatically,” she said.

“There are plenty of people, particularly older people, who would not have shopped online without the pandemic and are likely to stick with it, at least to some extent.

“But each time we saw restrictions lift, there was real pent-up demand to go back to stores and there was a slowdown in online growth so you have to expect that again as things normalise.”

Andrew Missingham, co-founder of consultancy B&A, said that the retail sector would never return to how it was before Covid.

“With a year of business and consumer habits realigning to online, the high street has likely gone beyond a tipping point from which an old identity will never, ever recover,” he said.

However, Ms Michael stressed that the high street has a “strong future” but will look different amid a shift in what customers look for from the shopping experience.

“Companies like Next have remained strong and invested in stores because they’ve had online channels to back them up,” she said.

“Those who’ve found it hardest have tended to be ones who haven’t made the right investments in either online or stores.

“Also, retailers and landlords are looking at sites differently. A retailer won’t take a department store like they used to, but sites with a mix of leisure, bars and stores will work, food halls as well. These are things that will continue to attract people to city centres and high streets.”

Mr Hyman said there would be “no quick fix” for areas, such as department stores, which have seen their decline accelerated by the pandemic.

Department store chain Debenhams said it would shut down for good in December after tumbling into liquidation, while John Lewis has confirmed plans to axe more stores.

“There needs to be real imagination to reinvigorate some of these retail spaces and formats and that doesn’t happen overnight,” he said.

“There is only so much demand for office space and food courts so it’s inevitable we are going to see these areas continue to change and develop in many years to come.”