The world of technology is changing exponentially; we are inventing at a higher rate than ever and continuously moulding the world that we live in. Virtual reality was a thing of science-fiction not so long ago, but nowadays red and blue cinema glasses have given way to headsets and holographs that can transport us anywhere. Retailers are already capitalising on the marketing power of virtual reality; these are some of their most inventive ways.

Nowadays you can experience the wonders of virtual reality on the catwalk, on public transport and even in your own home! Going back to the routes of virtual reality though, it’s time to take a look at augmented reality in video games. For the launch of their new hiking boot, Merrell had a whole alpine world created, which allowed guests to climb mountains and traverse tricky terrain, all just by putting on a headset.

Merrell had designed an incredibly technical hiking boot, where the unique selling point of the item lay solely in its performance. It was imperative for potential customers to experience the boot where it would be at it’s best, on a tough hike. Unfortunately it would be expensive, dangerous and, if we’re completely honest, impossible to transport people to treacherous mountain paths and let them see how the boot works for themselves.

This is where virtual reality came into play. Merrell decided to launch ‘Trailscape’, a VR experience that allowed the user to navigate rickety bridges, high elevations and narrow crumbly pathways, all from the relative safety of a ‘soundstage’. The stage was designed as an obstacle course, allowing users to walk through the kind of obstacles that you might experience on a hike; for example avoiding a hole in a bridge. Obstacles shook and swayed to mimic real life, whilst fans created the feeling of mountain air against the face.

Using VR in such an imaginative way allowed Merrell to simulate a truly incredible experience that would likely not be possible, and certainly not advisable in real life. Not only did this capture the imagination of customers, it also showcased their innovative new footwear in the most natural way possible.

An experience that one would be forgiven for thinking does not lend itself to virtual reality, is cheese tasting. Castello really pioneered the idea of creating a truly multi sensory VR experience. Working with UNIT9 they created an experience which combined neuroscience seamlessly with technology in the form of a new dimension of cheese tasting.

Users sport an Oculus headset and are transported into a new dimension where each layer is a new flavour profile of Castello cheese. Once the customer tastes the cheese, they feel themselves falling from a virtual dining room into a kind of psychedelic cheese planet. Here customers can squeeze and shape creamy cheese until their heart’s content.

Researchers carefully controlled all aspects of the experience, adjusting the virtual world to enhance the tasting experience. The room floats between white, blue and red to enhance the feeling of creaminess, saltiness and sweetness respectively. Lights remain dimmed for the tasting allowing the user to focus entirely on the flavours, ambient sound that falls roughly in line with the human heartbeat is played. Once users are in this almost dreamlike state they can begin to explore the world around them, touching cheese with the world’s first 3D printed spoon controller. This touch is a particularly clever one, relating an item that is so commonplace to such an unusual experience.

Topshop is an enormous company with plenty of clout when it comes to innovative marketing. Their virtual catwalk of London Fashion Week made many headlines in 2014, as has their more recent virtual changing room, allowing online customers to try on clothes from the comfort of their own home.

A recent in-store experience took place in May 2018. Customers were invited to race down a giant slide that traversed a summertime Oxford Street. Wearing an Oculus headset, shoppers sat in an enormous inflatable and began their 360 degree VR experience. Avoiding black cabs and London buses and chasing down exclusive Topshop surprises was the name of the game. Cleverly the store pumped out the smell of suncream to really heighten the summer feeling. The marketing team had a stroke of genius with the Snapchat filter which went live to mark the experience and had the benefit of making the experience easily and immediately shareable. 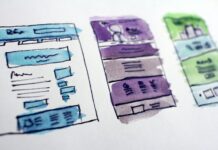 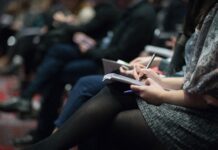 How You Can Develop Your Skills as a Business Mentor

Top Event Management Trends You Should Be Following

Four strategies to keep your CX programme on track in 2020