Two thirds of the UK’s population are active on social media, according to stats. Our teenagers are also said to be among the most extreme internet users in the world, with more than one in three 15-year-olds in Britain classed as ‘extreme internet users’, spending a minimum of six hours each day online.

However, are they putting this time to use and educating themselves, or is it mainly used for chatting to friends? Here, with door to door leaflet distribution specialists, Direct Letterbox Marketing, we look at how social media is used and how we source our news.

Social media
With over 44 million users of social media in the UK, and 38 being active on a mobile version, this platform has a vast target audience when it comes to getting news out there. It has in fact taken over television as being young people’s port of call when it comes to finding out newsworthy information. Twenty-eight per cent of 18-to-24-year-olds cited that this was their main news source, according to a report.

It’s perhaps unsurprising when celebrities and figures of authority are constantly using social sites. The President of the United States, Donald Trump, is a regular Twitter user and, with over 55 million followers, he can use the platform to get his point across to millions of people in an instant. He even acknowledges the impact social media had on helping him win the presidential election in 2016, calling it a ‘modern form of communication’.

The bonus of social media is that it can constantly be updated. This means that if you want a quick update of what is happening in the world at that specific time frame, social media is likely to be the most up-to-date source at your disposal. This is shown by the fact that 46% of us admit to scrolling through news sites on our mobile phone when we are in bed. However, Facebook’s reputation has been tarnished due to a succession of fake news and data scandals.

Newspapers
Before the era of the internet, newspapers were a main source of information. Unfortunately for the print industry, they are often seen as ‘out of date’ as breaking news floods our computer screens every minute of the day. In Wales, some newspapers have watched their circulation drop by as much as 28% in the last 12 months. Since 2005, more than 200 local newspapers have closed in the UK and the number of regional journalists has halved.

Of the newspapers that are still running, they have found that they must have a strong online presence in order to survive. And even then, certain outlets simply aren’t viewed as a trustworthy source. Out of all of the UK papers, The Times was named the most trusted newspaper, following research by Oxford University.

Television
Television broadcasters rank favourably higher in the trust rankings than both social media and newspapers, with BBC, ITV News, and Channel 4 News all ranking above the other most trustworthy sources.

Currently, only 24% of 18-to-24-year-olds state that television is their main source of news, while 51% of over 55s admit to using the television to find out news headlines. So, while it’s claimed that we’re living in the golden age of television, it’s clear that’s not the case for television news.

Radio
While it’s often thought to be the most trusted source of news, according to Ofcom, it’s the least used. Therefore, it’s looked upon as perhaps being the least ‘important’ source of receiving news updates. Those over 45 are more likely to use the radio to find out what’s going on in the world, with only four per cent of 18-24-year-olds claiming that the radio is their main source of news.

Before the invention of TV and the internet, radio was the first electronic medium and is said to have changed the dynamics of politics in 1928. Nowadays, however, it’s been overtaken by technological advances.

So, while it’s perhaps concerning that nearly three in 10 try to avoid the news at times due to the effect it has on their mood, it’s clear that social media is continuing to have a much larger role on providing news stories – especially when it comes for free-of-charge outlets. 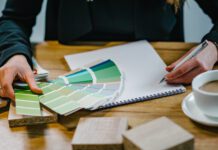 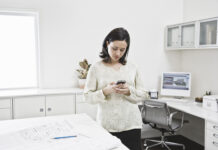 Can retail staff be left to their own devices? 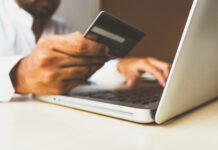 How Has Covid-19 Affected eCommerce Spending

Black Friday and Cyber Monday – Is your Wholesale or Retail...