Fashion brands are making headlines for a range of reasons — such as making a difference in terms of the wider community and social issues. Lacoste recently announced that it would be adopting a temporary logo to help endangered species — offering limited editions of each animal in relation to how many of the species there are left in the wild. And, they’re not the only one.

Save Our Species  — Lacoste
Are you familiar with the #LacosteSaveOurSpecies campaign? If you aren’t, you’ve definitely seen it! A part of this, they replaced their classic crocodile logo with images of endangered species on their classic polo shirts.

Creatively, the fashion magnet released limited editions of each polo shirt — by releasing the number of how many the associated species were left in the world. The new logos were designed using the same green colouring and style as the iconic crocodile.

The animals that were chosen were ten of the most threatened species on the planet; the Vaquita, Burmese Turtle, Northern Sportive Lemur, Javan Rhino, Kakapo, Cao-vit Gibbon, California Condor, Saola, Sumatran Tiger and the Anegada Ground Iguana.

Launching at Paris Fashion Week, they were an instant hit and sold out completely. The money from the shirts was donated towards the fight for wildlife conservation worldwide.

Tighter gun control — Gucci
Gucci has taking a stand and is fighting for improved gun legislation, even donating half a million dollars to the cause. “We stand with March For Our Lives and the fearless students across the country who demand that their lives and safety become a priority. We have all been directly or indirectly impacted by these senseless tragedies, and Gucci is proud to join this movement with a donation of $500,000” was one comment by Gucci at the time.

The brand woke up after the school shooting in 2017 which left 17 people dead. It’s possible that Gucci’s generous donation was motivated by the death of Gucci salesman, Javier Jorge-Reyes, and injury of Gucci store manager, Leonel Melendez Jr — both caused by gun violence.

The brand created custom scarves, ties and umbrellas for the cause. Where each item in the collection is sold, £5 is donated to The Prince’s Trust.

As well as this, employees at Charles Tyrwhitt are also involved with raising money. In fact, business founder, Nick Wheeler, raised over 100,000 when he completed an 874-mile bike ride from Land’s End to John O’ Groats in the UK. And, members of the company attend and recruit individuals through The Prince’s Trust ‘Get Hired’ Days. This is where young people who have been through The Trust’s programmes have found themselves ready to move into work and are actively looking for work.

In 2018, to celebrate the campaign’s fifth anniversary, Kate Hudson pledged her support and joined in the fun! There are many ways that people can donate — through the purchase of a timepiece, a Snapchat using a store geofilter or through posting a photo wearing a Watch Hunger Stop T-shirt. Each action donates a certain amount of money and corresponding meals to children in need — the programme supports 16 million children over 70 different countries.

Sustainable fashion — Stella McCartney
Stella McCartney is renowned for her service to the environment in relation to fashion. She continually makes a difference with regards to environmental fashion and sustainability. Using the latest in eco-friendly technology, she changes attitudes to sustainable fashion and demonstrates how eco-fashion can be done.

Did you know there is now no fur or leather in her products! Take her latest swimwear range for example, in partnership with Adidas. The swimsuits are made from Lycra Xtra Lite fabric, which is resistant to chlorine and uses recycled Parley Ocean Plastic yarn.

She even partnered with Colorifix to reduce environmental damage when dyeing products. They do this through isolating the DNA that creates colour in nature and uses 10 times less water than the traditional process. 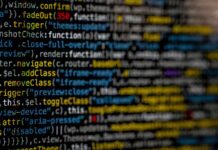 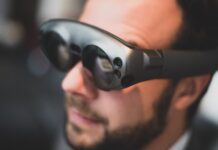 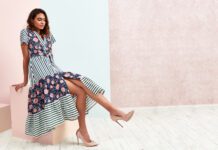 How the high street is helping students

The evolution of self-service checkouts and they can help businesses save...