The sight of shoppers gyrating in front of a mirror to see how they look in a coat or dress may be with us for some time yet. It’s just that in future the clothes may be on the mirror instead of the shopper.

Of course, the clothes will be digital images, accurate in every detail including size and colour, and overlaid on to the mirror’s image of the eager shopper as he or she moves around in front of the device.

This kind of magic mirror employing augmented reality (AR) technology is one of the innovations that consumers around the globe increasingly expect to see when they go shopping in a store, whatever the location. It is already three years since Topshop in the UK created its ground-breaking virtual dressing room and now we have Google deploying its Tango AR technology in big name stores such as Gap.

Research exploring attitudes to retail technology among 3,470 consumers in the UK, US, China, Japan and Malaysia this year found a real appetite for this kind of innovation, alongside some significant variations between countries.

As growing numbers of consumers become familiar with technologies such as virtual and augmented reality, they expect to see them in stores.

More than half of the consumers surveyed in the vast Chinese market (54 per cent), for example, say they want virtual reality (VR) in stores so they can visualise how they look in clothing. Chinese shoppers are considerably more excited by the potential of VR and AR than their counterparts in the other countries surveyed. More than a third of them (36 per cent) want to use augmented reality to bring products to life on their smartphones. Yet across all five nations, 29 per cent of respondents say they want VR. The Chinese are also most captivated by magic mirrors, with 36 per cent wanting them to be part of the store furniture.

This enthusiasm in China makes the trial of VR by the country’s e-commerce giant Alibaba seem prescient. Last year Alibaba started giving its customers virtual tours of seven high-profile stores, including Costco and Macy’s, enabling them to move through the layout, view products and hit the buy-button simply with a head movement. It proved popular, with millions of people experiencing the tours, using the supplied cardboard headsets in conjunction with their smartphones.

Consumers are attracted to virtual and augmented reality because of the choice it gives them with a minimum of hassle. If for example, they are in a fashion or clothing store, all the alternatives can be “tried on” without having to take them into the changing room. Even if sizes or colours are not in stock in that store, on that day, they can still be “worn” to see how they look.

The same goes for bikes, watches or any product where choice and options are many and varied. Customers of Jura Watches in the UK, for example, can use augmented reality at home to see how expensive timepieces look on their wrists. They simply download and cut out a paper marker, put it on their wrist and their webcam along with the retailer’s software takes care of the rest.

New Balance, the retailer of “athletic shoes”, on the other hand, wants to use VR for the broader, longer-term purpose of engaging younger customers, rather than focusing on individual products. In selected stores it gives customers the chance to tour a factory so they can view the trainers being made.

VR and AR are of course, not the only technologies that promise retail transformation. The research found that more than a quarter of consumers (26 per cent) in all countries want to see greater availability of tablet devices for browsing products in-store, whilst a quarter (25 per cent) believe stock robots are what will make a beneficial difference in the future.

Making it all work

However, without advanced stock monitoring software in the background, the advances that consumers want in retail are unlikely to become more than novelties. To meet expectations, retailers must be able to supply whatever the customer finally chooses, no matter if it is in another store, being transported on the road or still in the distribution hub. There is little point in allowing consumers to use VR and AR to try out products in store if they are not in stock or if it is unclear how long it will take for them to arrive.

Retail is certainly undergoing a technology-driven transformation. Expectations are now developing rapidly in many markets and if retailers are serious about fulfilling them, they will need effective software that gives them complete visibility and control of stock in combination with the ability to recognise customers at every touchpoint and ensure they get what they want.

The technology may change but the basics of staying ahead of the competition in retail remain much the same wherever you are. It is about exceeding customer expectations. 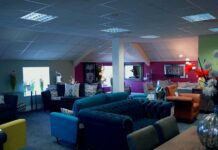 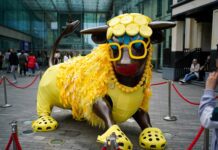 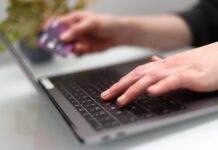 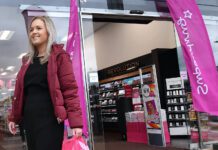 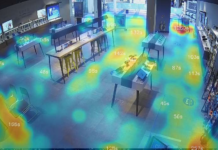 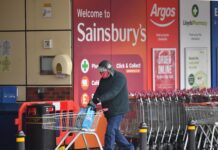 Sainsbury’s chairman hails ‘progress’ as he shrugs off takeover talk 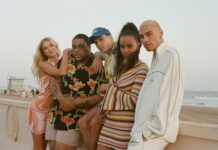 Where to next for retail?